We use specific sectors of the U.S. equity market as a proxy for infrastructure investments in order to analyze the relationship between demographic structure and infrastructure returns. We conclude that this relationship is, in fact, significant; that it is stable over time, but was overwhelmed by the impact of the financial crisis; and that there are no significant  relationships for any other sectors of the U.S. equity market, with the exception of the healthcare sector. 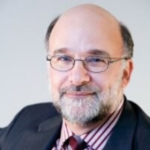 Mr. Bonnar was a Principal at Towers Perrin (currently Willis Towers Watson) where he worked for 30 years, having retired in 2010. At Towers Perrin, he was responsible for thought leadership on pension issues with a particular focus on the investment and financing of pension plans. Mr. Bonnar co-authored Towers Perrin’s White Paper, “Renovate to Rejuvenate: Canadians Need a 21st Century Pension Plan”. Mr. Bonnar is an actuary having active involvement with the Canadian Institute of Actuaries, having chaired two Task Forces and being involved in the University Accreditation Program. He graduated from the University of Waterloo in 1978 with a B. Math (double honours in Statistics and Actuarial Science). He became a Fellow of both the Canadian Institute of Actuaries and the Society of Actuaries in 1980. He received his CFA designation in 1997. Since retiring he has completed his MA (Economic Policy) and PhD (Economics) at McMaster University. From 2016 to 2019, Mr. Bonnar was a post-doctoral researcher at the University of Waterloo.