Many of the costs associated with climate change, such as large-scale coastal flooding and long droughts, are predicted to occur decades or even centuries into the future. However, societies have to invest today in order to effectively mitigate and reduce these long-run risks.

This research seeks to gain a better understanding of the impact strategic interaction and uncertainty have on our ability to make meaningful global reductions in greenhouse gas emissions. 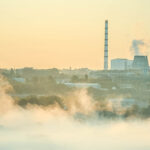 President Trump’s Paris Pullout: What it means for financial institutions

Throughout his campaign for the U.S. presidency, Donald Trump expressed skepticism about climate change and promised to repeal Obama-era climate policies. On June 1, 2017, President Trump made good on one of his biggest climate-policy promises by announcing that the United States would withdraw from the Paris Agreement. This paper discusses the impacts of this decision.

Increasingly, governments around the globe are implementing more stringent climate policies to help stimulate the transition to lower-carbon economies. This transition brings with it both risks and opportunities for the financial sector. In this study, we compare the carbon intensity and performance of ‘green’ equities portfolios (environmentally conscious indices) and traditional market portfolios (market indices).

Climate change is widely recognized as a serious risk that requires worldwide governmental action. Failing to act on climate change including the risk to the world's financial systems by threatening financial resilience and longer-term prosperity.