Assessing the Exposure of Critical Infrastructure and other Assets to the Climate Induced Failure of Aging Dams in the U.S. 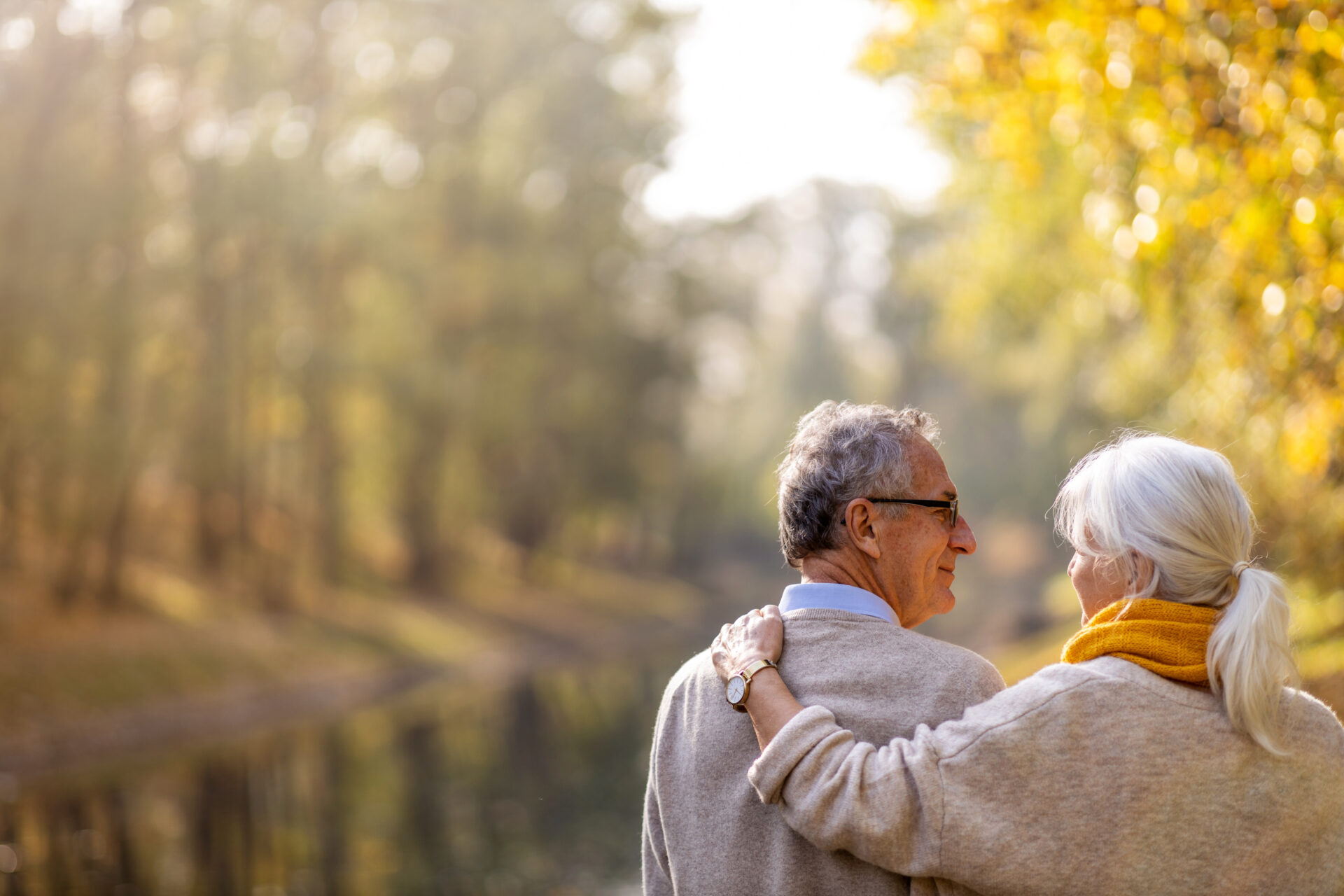 Home - Read - Report - Assessing the Exposure of Critical Infrastructure and other Assets to the Climate Induced Failure of Aging Dams in the U.S.

Aging dams and levees, in combination with an increasing frequency of climate extremes pose an unprecedented risk to communities around the world. The financial risk associated with the failure of such assets is unmapped, due in part to the complexity of the chain of events triggered by the failure of a major dam or levee, and of the difficulty of estimating the probability associated with such a failure. In this report, we explore how the causal chain of the communities and critical infrastructure at risk can be quantified using dams as an example. We outline the nature of this challenge, given the existing methodologies, data availability, and gaps in dam risks assessments, and propose a framework for a rapid screening of the changing probabilities of catastrophic failure of aging dams and the assets subsequently at risk.

The situation in the USA is of particular concern1. There is a very large inventory (>90,000) of aging dams with a median age of nearly 60 years, compared to a nominal design life of 50 years. At least 1680 of these dams are considered to pose a high hazard of failure, and may require over $70 billion in repairs. Often bridges, major roads and rail networks, electric power generation and transmission facilities, municipal water and wastewater treatment and distribution systems, solid waste handling facilities, commercial establishments, hospitals, warehousing and distribution centers, airports, riverine navigation facilities and population centers risk being flooded if one of these dams were to fail. Dam failures have occurred in recent years during persistent rainfall events. Fortunately, most of these have been small dams, whose failure has had a modest impact. However, there have been some notable close calls. In February 2017 the Oroville Dam in California, the tallest dam in the USA, experienced a failure of the main and emergency spillways following a persistent period of rainfall that filled the reservoir. The flow over the spillways was 5-10% of the design flow, and the spillway failure was ascribed to “long-term systemic failure” reflecting inadequate design and maintenance. Over 200,000 people were evacuated as a precautionary measure anticipating dam failure, and the cost of repair has exceeded $1.1 billion. Concerns to 650 other dams in California have subsequently been voiced. A similar situation evolved in Houston in August 2017, when the US Army Corps of Engineers (USACE) saved the Addicks and Barker dams from imminent overtopping and potential failure, through an emergency release of water in the middle of the night during hurricane Harvey. The USACE, which owns these dams, had identified much earlier that the dams built in the 1940s, had a “risk of catastrophic failure”, and may be “critically near failure” even under normal operations, and were listed as extremely high risk in 2009. Funds had been authorized for repairs which were not completed at the time of the hurricane. There are over 7,000 dams listed as hazardous in Texas, of which these two have been repeatedly identified as high risk. Formal dam safety risk analyses are conducted by the USACE and other organizations, but a very small fraction of the US inventory of dams has been processed in this way. Given the rather limited number of dams of high profile that have been analyzed, the task of prioritizing and assessing the potential economic disruption that dam failures could cause in the USA, especially as climate extremes become more intense and frequent is daunting.

The objectives of the work reported here were to:

Our approach intends to provide a preliminary ranking of the priority areas of concern and can be generalized to other countries. An intended application is for a portfolio level risk analysis by investors, asset managers, and insurance providers. It is not intended to be a rigorous dam failure risk analysis at each of the 90,000 locations. The USACE typically invests over 2 years in a detailed study at a single site, at a considerable expense. They own 700 dams, about 50% of federally owned dams, and target only their dams for analysis. The vast majority of US dams are privately owned or owned by state and municipal agencies, and detailed risk analyses are typically not available. In 2015, the USACE estimated that to fix all dams in their portfolio that need repair would cost $24 billion, and take 50 years at the current funding rate. Our approach is patterned after their methodology but is not as exhaustive given the resources available.

Using dams in the Cumberland River Basin as an example, we provide a framework to quantify the causal network of the climate and age-induced changing risk of dam failures, and prioritize different dams or regions in terms of potential financial impact. This provides the foundation for a comprehensive national risk estimation and prioritization effort for financial and other mitigation actions.

The first part of this report focuses on the trigger events of dam failures. Using probabilistic models, we assess the spatial and temporal patterns of extreme rainfall and stream flow events that could trigger the overtopping failure of a single dam or the cascading failure of a series of dams within a region. The failure probability varies with time, due to (1) inter-annual and decadal climate variability; (2) anthropogenic climate change; (3) the changing free capacity of a dam due to sedimentation; and (4) the fragility of a dam due to age and type of construction material. An approach to the estimation of these probabilities as a measure of risk was developed.

A challenge with the estimation of a dam’s probability of failure is the lack of readily available data on the main parameters that may induce failure. In particular, data related to the design and operation of a dam such as elevation time series, discharge-elevation curves, and storage-area curves are not included in national dam inventories available to the public. Historical inflow data (stream flows and precipitation) may also be limited or discontinuous. Future climate projections made by ocean-atmosphere general circulation models (GCMs) are known to have large biases and uncertainty especially for precipitation projections. For the dams included in our test case, we found that there is an increasing trend in the number of events that could lead to overtopping. As well storage loss due to sedimentation may be shifting the return periods assumed for critical dam storage elevations (e.g. the probability of being at the top of the flood storage elevation), which increases the probability of overtopping as even smaller, more recurrent flood volumes can exceed the remaining free storage.

The second part focuses on the quantification of damages in the event of a failure. A detailed regional analysis was performed to shed light on the kinds of financial impacts that may emerge as a concern, and for which public data was available. We find that the 100 and 500-year flood plains usually considered for insurance purposes would likely be overwhelmed by a dam break for several river miles below the dam, and that current dam hazard classifications do not give visibility to the different types of hazards that each of them poses. In our case study, all the dams were classified as High Hazard, yet the financial impacts of the failure of each of them were strikingly different.

We highlight that at this point, there is no clear understanding of the scale of the economic disruption that would be caused by the dam failures consequent to climate induced triggers. While we are able to provide a preliminary approach to trigger probability quantification, and the mapping of the vulnerability of critical infrastructure, population centers, and toxic waste sites to flooding from dam failure, the resources available have constrained our ability to develop and test a strategy for the aggregate financial risk faced by the USA nationally or regionally from such failures. An approach to address this challenge would require a quantification of both the life and property losses as well as the supply chain effects and larger scale propagation of the loss of regional services. Linkages to economic and valuation models that would allow such a quantification are still needed, and would constitute a contribution to the narrative on climate change impacts, as well as on the national investment needs for aging infrastructure.