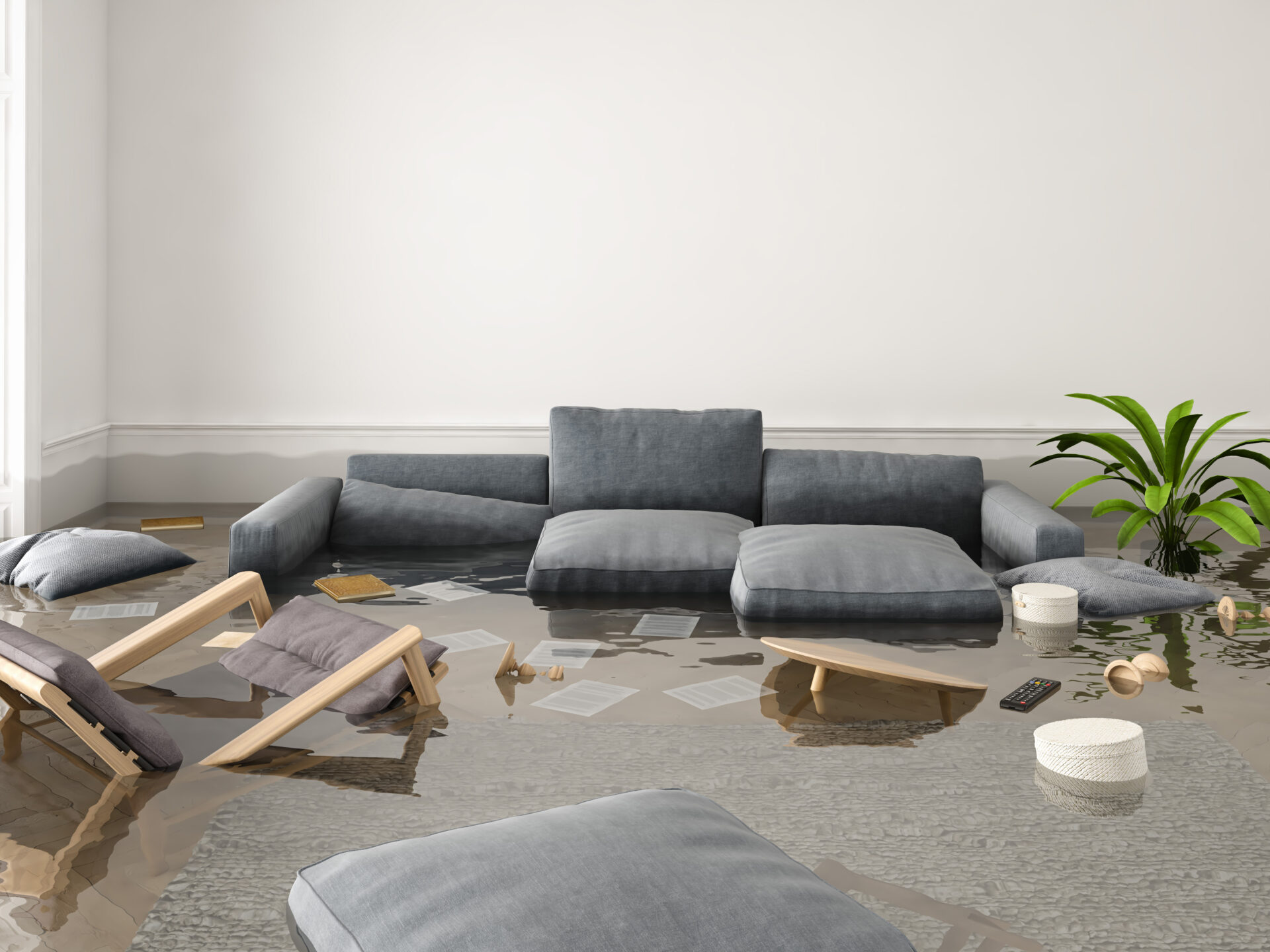 The most costly impact of climate change affecting Canadians is residential basement flooding, that is often made worse through poor land-use planning and management.

With about 9% (3.3 million) and 11% (3.9 million) of the Canadian population residing in 1-in-100 and 1-in-200-year floodplains, respectively, these percentages are expected to increase as floodplains expand in response to more extreme precipitation driven by climate change (Mohanty and Simonivic 2021) and to the loss of natural infrastructure (e.g., forests, grasslands and wetlands that act as “sponges”). Also, outside the boundary of floodplains, residential flooding is impacting an increasing number of homes and communities due to high intensity precipitation events –referred to colloquially as “water bombs” – that render historically safe communities vulnerable to flooding.

Against this backdrop, this study examined whether catastrophic flooding affects Canadian residential real estate (house sold price, days on market and number of listings) and mortgage markets (arrears and deferrals). The primary audience to which findings of this report bears direct relevance includes homeowners, mortgage providers, municipalities and financial regulators.

Five cities that experienced one-or-two catastrophic floods (i.e., events triggering upwards of $25 million in insurable claims), from 2009-2020, were considered in the real estate component of the study: Grand Forks (British Columbia: 2018), Burlington (Ontario: 2014), Toronto (Ontario: 2019), Ottawa (Ontario: 2019 and 2017) and Gatineau (Quebec: 2017). Two cities were considered relative to the impact of flooding on mortgage arrears and deferrals. Aggregated mortgage arrears and deferrals data was provided by a Canadian financial institution which requested that the cities analyzed remain anonymous.

Relative to study design, the impact of flooding on the real estate and mortgage markets was measured for periods of six months pre- vs. post-catastrophic flood event. For example, if a flood event occurred on January 1, 2020, the time period under investigation would include six months pre-flood (July 1, 2019 to December 31, 2019) and six months post-flood (January 1, 2020 to June 30, 2020). Attribution of “flood only impacts” was determined by juxtaposing (or “subtracting out”) changes in nearby non-flooded control communities (i.e., areas with virtually identical demographic and housing characteristics) over identical times of six months pre- vs. post-flooding. Thus, all data presented in this report reflects the isolated or “net effects” of flooding.