Where To From Here: Bank of Canada Policy in 2023

GRI was pleased to host Christopher Ragan and Warren Lovely in an informative discussion exploring the outlook for the Bank of Canada’s (BoC) monetary policy and associated risks. 2022 witnessed the BoC’s transition to monetary tightening from near-zero policy rates and quantitative easing (QE) during the first two years of the pandemic. The policy normalization included the sharp escalation in policy rates and the beginning of quantitative tightening (QT).

Professor Ragan (McGill University) kicked off the discussion with his insights on the Canadian economy’s current inflation. Across all major price indices, inflation remains well above the BoC’s target. Ragan identified the sources for the inflationary pressure, including supply-chain disruptions, pent-up demand, government spending, the war in Ukraine, and higher wage expectations of labour, and focused his analysis on growth in the money supply.

The BoC shifted from large-scale QE through the first two years of the pandemic to moderate QT in 2022. Thus far, balance sheet sell-offs have been relatively modest, with the remaining assets comprised of Government of Canada bonds and settlement balances. Ragan also identified his three concerns about the environment for future BoC policy. First, narratives about the inevitability of secular high inflation may lead to some wavering in the commitment to 2% price stability. Second, the continuation of expansionary fiscal policy in a higher rate environment could complicate the BoC’s inflation-fighting strategy. And third, the BoC faces external pressures from a political “two-front war,” between proponents of an expanded mandate for the BoC (e.g., a larger role in climate and social policy), and those in favour of the submission of independent monetary policy to fiscal dominance (i.e., Modern Monetary Theory).

Mr. Lovely (NBF) described the exceptional nature of the BoC’s current rate cycle in terms of its velocity and intensity in outpacing consensus forecasts throughout 2022. He noted how the BoC’s balance sheet management through QT had muted effects in 2022 in contrast to the rate hikes, and concurred with Ragan that progress in draining the QT “holding tank” thus far has been relatively limited. However, Lovely judged that much more activity is likely in QT in 2023. He also emphasized that while significant inflation relief will likely play out over the coming year, it will be a necessary, but not a sufficient condition for monetary policy easing. The BoC, US Federal Reserve and other monetary authorities will be sensitive to the risk of backing off prematurely from their current policy course.

Both speakers stated that the BoC’s operating losses incurred over the course of 2022 were a natural and expected repercussion of QE and then QT policy. Both noted the persistent signs of inflation across key metrics, including various indicators of labour market tightness, and heightened consumer inflation expectations. Consequently, Ragan and Lovely agreed that the BoC had not over-tightened in its policy course thus far and that the BoC is likely to continue with monetary restraint in 2023. 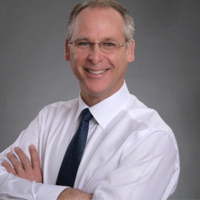 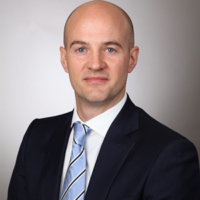