Canada like most other advanced economies provided massive fiscal support in 2020 in response to the severe economic contraction from COVID-19 and the restrictions that were adopted to contain the pandemic. The rapid recovery by the summer 2020, and subsequent robust economic and employment growth through mid 2022, helped fuel the sharp rebound in government revenues that were boosted further by higher inflation in 2021 and 2022.

Yet, despite much-improved budget balances and debt levels, governments in Canada in late 2022 face major cyclical challenges next year from slower growth and potentially a recession, and increasing pressures to address growing problems in healthcare and from climate change.

Join us for the third webinar in the series which will examine multiple challenges for Canadian fiscal policy in 2023, including: 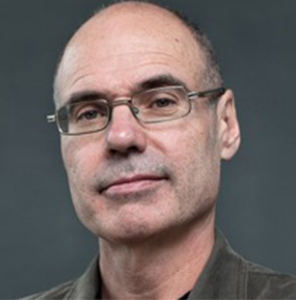 Stauffer-Dunning Fellow and Adjunct Professor at the School of Policy Studies at Queen’s University, and Fellow in Residence at the C.D. Howe Institute

Don Drummond is the Stauffer-Dunning Fellow and Adjunct Professor at the School of Policy Studies at Queen’s University. In 2011-12, he served as Chair for the Commission on the Reform of Ontario’s Public Services. Its final report, released in February 2012, contained nearly four hundred recommendations to provide Ontarians with excellent and affordable public services.

He subsequently was Senior Vice President and Chief Economist for the TD Bank (2000-2010), where he took the lead with TD Economics’ work in analyzing and forecasting economic performance in Canada and abroad.  For Canada, this work was conducted at the city, provincial, industrial and national levels. TD Economics also analyzes the key policies which influence economic performance, including monetary and fiscal policies. He is a graduate of the University of Victoria and holds an M.A. (Economics) from Queen’s University.  He has honorary doctorates from Queen’s and the University of Victoria and is a member of the Order of Ontario.

Mr. Drummond is currently Chair, Canadian Centre for the Study of Living Standards; Fellow-in-Residence, C.D. Howe Institute and; member of the Expert Advisory Group to the Canadian Institute for Climate Choices.

2022 marked a decisive break from rising house prices for most of the past two decades, especially the dramatic escalation from mid-2020 through 2021. Yet, the 2022 correction in housing markets and the vulnerability to further pressures in 2023 still left house prices at lofty levels, albeit notably less than their February 2022 peak.

Assessing the drivers of housing demand and supply is a complex task as diverse factors shape housing prices and sales. This webinar will examine the near-term outlook for housing and its medium and long-term trends. Key questions that it will address include:

What is the stage of the correction in house prices and sales? 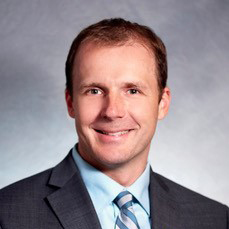 Robert has been with the Bank of Montreal since 2006. He plays a key role in analyzing economic, fiscal and real estate trends in Canada. Robert is the author of or regular contributor to various BMO Economics publications. He is a frequent commentator on economic and financial trends to the media.

Robert’s housing market articles include in-depth monthly assessments of demand, supply and price developments that are highly regarded by financial markets and real estate professionals. As a leading analyst of Canadian housing, Robert is regularly interviewed on Bloomberg television regarding real estate.

In case you missed the prior webinars in the series

Where To From Here: Bank of Canada Policy in 2023

This event has passed.  You can watch the recorded webinar and read the summary.

This event has passed.  You can watch the recorded webinar and read the summary.